It’s true, there is no lack of failure in starting new ventures. The likelihood of failing with a startup, new innovation initiative, or new product extension is much higher than the likelihood it will succeed. Just because those are the hard facts, doesn't mean failure is an acceptable outcome.

Yet, in startup culture, the phrase, “Fail Fast” has become something of a mantra to live by. Founders, advisors, mentors, and investors treat these words as a startup catch phrase.

Sumner Redstone’s famous quote, “Success is not built on success. It’s built on failure. It’s built on frustration. Sometimes it’s built on catastrophe,” is more truth than platitude in the minds of many a founder than they might want to admit.

But failure isn’t a goal.

By definition, a fail-fast system is designed to immediately report any condition that is likely to lead to failure. Lean innovation is such a system. It is designed to rapidly test your assumptions and produce evidence an idea is worth pursuing.

Simply failing, but doing it quickly, misses the entire point. Failure without learning is always waste.

Failure isn’t the goal, learning is. 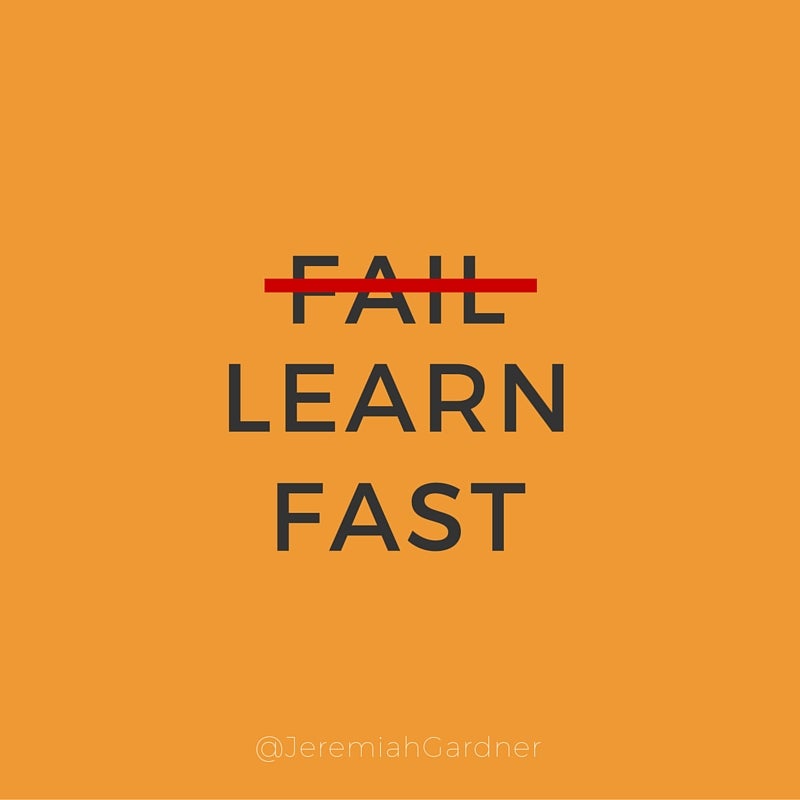 Fail-fast systems aren't about failure, they're about learning. In that sense, learning happens in both small failures and small successes. Wins and losses. Achievement and defeat.

The truth is, if you can learn faster than anyone else, chances are you'll discover a pathway to delivering real value to real customers.

The core metric of any new venture is learning (and subsequently following the learnings you’re gaining). It is the driving force of any innovation effort.

Which is why I constantly find myself advising founders not to “Fail Fast” but to build their ability to “Learn Fast.”

What do you need to learn right now?

How do you celebrate learning in your organization?

How can you increase the speed at which you're learning?

Get Your Learn Fast Shirt